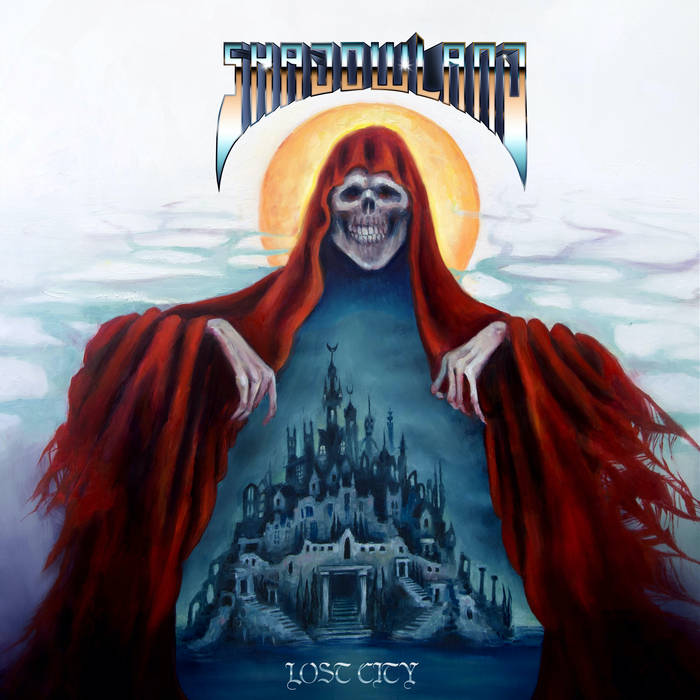 Metallurgical Fire Yes, it’s only two songs. It’s also my favorite EP of the year. Shadowland writes perfect songs and the vocalist is already one of my favorites. I hope a full length is on the way.

kstill I didn't make it half way through the first track before ordering the 7". That synth. Those riffs. Her vocals. What year is this anyway? Favorite track: Lamia.

"There’s no fat on these tracks, just tight, surging heavy metal that never loses its momentum. “Lamia” is packed with late-’70s black magic vibes that only sharpen the spikes on its speed-freak gauntlets, while “Lost City” stomps tirelessly and features Finder snapping through her vocals with a command she’s only been building up to in the past. Both tracks are goddamn difficult to not headbang to, and make on wish they were pulling on their fingerless gloves to ride a dirt bike to a desert show in 1981." - MetalSucks.com

"Tanya’s vocals echo both the gothic wails of Coven or Wooden Stake and the snarl of Di’Anno-era Maiden, while the moments of chugging riffage and thundering drums show off the band’s appreciation for gritty punk and hardcore. That, coupled with Tanya’s Stygian album art, makes Shadowland more than your average vest-metal act." - Kerrang! Magazine

Bandcamp Daily  your guide to the world of Bandcamp